Basically the Yudansha and also the Kyu grading system is based on the use of ranks like in the army. Other forms of civilian training also use graduation systems to test the level of a student and also that of a teacher. At school you also close certain periods with a test, a test that is a measuring point of where you are at that moment. What is your knowledge, what is your level. A General in the Army often doesn't shoot better than a Corporal, so you shouldn't look for the rank system in that way. It is therefore only natural that there is also a graduation, a test system, in structured martial arts and self-defense systems.

A certain training period is tested, and then awarded with a Kyu or Yudansha degree. Globally, we work from the system that is best known, Judo. However, there are many other ways and systems to use. The use of a belt (obi) is the most commonly used. The test requirements differ enormously from the various systems. However, we at WKKO follow the path of full contact. The only real way.

Kihon basic exercises are certainly important, and Katas with and without weapons teach repetition, mobility skills, logic and kinematics. However, there is one thing that is even more important. If you want to know whether something works, you really have to be able to apply it. Many do not train real and hard enough, yet they claim that they really push through or know how to do it in reality. You are what you train, and you train what you are. Living in an illusion is worse than not being able to do something.

​That is why we at Full Contact Karate and our related systems work with Kumite exams, where you have to fight real and hard. This experience counts more than being able to walk a premeditated Kata. However, this is of course not a waterproof system, and sometimes we also have people walking around with Yudansha belts of which we are not clear and shure where and how they got them. The culture of the country where the dojos are located also plays a role. In The United States they often make a clown show of graduations and titles. Master is no longer enough, they call themselves Grand Master, and if that is no longer enough, they are Senior Grand Master, en if that doesn't work they are a Great Grand Master. It's like you see a KKK website. They wear long belts with dozens of stripes and even more texts on them to show that they must represent something that they really aren't. Also on their suit are numerous patches and texts that should refer to their knowledge and status. However, their know-how is significantly behind. Often overweight is apparently a must, because they don't look exactly trained. They are more concerned with giving each other certificates and prizes than with training. This is very unfortunate. It is not for nothing that an actor such as Master Ken has risen in The United States, a parody of all those great American fantasists.

The story of Mark Tracy (a very very bad Kenpo Karateka) who gives everyone who can walk a tenth degree blackbelt. He is trying to cell certificates, patches, paintings, dvd's, funny looking Karate gi's all day long. The story of Ralph Castro who made so many people 10th degree blackbelt that he had to be 12th himself. The story of Jorgen Jorgenson (a conman, wanted in Germany for not paying his Hotel bills after seminars) who, when he needs money, again after he has not been involved in martial arts for many years, suddenly sells certificates again like hot cakes and gives himself a 10th degree blackbelt, but his level is seriously below anything. Fred Villari (15th degree blackbelt???) who even has his Yudansha stripes printed on his trousers and on the sleeves of his suit. It's actually sad and they make a joke of the martial arts. In Europe it is not that bad, especially if you compare it with The United States. Of course in the Netherlands we have Gerard Meijers alias Dschero Khan, who has lied about 95% of the time from the day he was born. He too walks around with Yudansha stripes bought from the local print shop. And Fred De Cramer, another man who deserves a tenth degree blackbelt in fantasizing. However, it is not that bad in Europe. And it's certainly not that things are much better in Asia. Everybody knows about what Nakamura did in Japan.

Shouldn't anyone walk around with a tenth degree blackbelt?

Let's go back to the military analogy. If a person has gone through many stages of the martial arts for a long time and has really done a lot for it, if he has come up with a unique version, or is at the head of a large group or organization, then you could say that this recognition is quite legitimate. It's not a necessity, but it's possible. Acting under him could be many others with lower Yudansha grades  and even many more Kyu grades. In itself it is also a free world, and in principle everyone is allowed to wear something he or she thinks he or she deserves. It is therefore important that a person himself has the best and best intentions and radiates them. Power and prestige should not be a part of this.

​However, here too cultural differences come into play. For example, in the Middle East, the Yudansha degree is also contaminated with their own cultural backgrounds and ways of thinking. They do indeed link status to the practice of martial arts. So it happens that certain people in a Dojo have a higher degree than another while they don't have the level, and don't train that long. How come? Their culture is age and status tied to martial arts practice and a person's place in the Dojo. If a municipal administrator, a politician, a police officer or a doctor trains in a Dojo, regardless of their level of training, they attach a degree to it, a degree that also indicates that the person in question is respected. Although this is not the position of the WKKO that was founded in the Netherlands, we have to accept that they just do it that way. We will not change that anytime soon.

Is all this bad? You can never do it right, and besides that, who gets to determine whether something is good. After all, we have invented the whole world as it is ourselves. We can only try to do it right ourselves as honestly and with as much dedication as possible. Ultimately, if only training, fighting and preserving our martial heritage remains paramount. Charlatans are everywhere. And again, none of us, and no organization is exempt from this. Osu 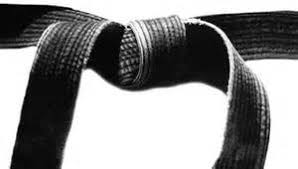 Remember, readers, everything we write relates to martial arts and combat sports and real combat. Combatives defense is just as important to us as our Full Contact Karate or Jujutsu etc. Recently there has been a lot of buzz on the internet about a Krav Maga instructor Idan Abolnik, an Israeli who thinks God made him invent a system called Kalah. Unfortunately for God, for example, Kalah in Indonesia means "to lose". Not really catchy. Krav Maga worldwide has a hand in owning a bit of the monopoly of bulshido, followed closely by systema. Not that all Krav Maga and Systema schools are bad, far from it, I trained with some that were very good.
​
But those who were the worst made the most money. Back to Mister Kalah, this person who should have enough experience, and who actually served in the Special Forces in Israel, has just about made the biggest mistake in the land of mistakes. Sir wanted to show that disarming a handgun also certainly works when this pistol is loaded with live ammunition!!!!!!

He could have used plenty of alternatives. Airsoft pistols, piant ball pistols, laser guns, rubber bullets pistols and special FX simunition in a real weapon used by the Army, defense and law enforcement, what would have been the best option.

But Mister Kalah who god told that he should create this shit, shot a student with a real bullit from a real pistol, almost killing the guy. Think about that people, he shot a student. Not in a military drill or training, not in real world action, NO he shot him in a Krav Maga civilian training. OK enough about this idiot.

No, not enough about this Idiot. Let's go on.

More clips are showing up of Kalah crazies who are supposedly actually training somewhere in South Africa, white crazies. A small, fine, light female is smashed into a room by a big white giant African white male, not exactly gentle, but she gets them as many as she wants. In the real world, the blows would be even worse and harder and this girl would have been on the floor gasping for life or gasping for air, for a long time. However, she humbles herself so that the great adversary will fall for her masterly plan. Suddenly the roles are turned and the first small and humble victim turns out to be a true warrior of god, she suddenly hits the very big attacker back to Galilea with a thousand knees and headbutts. She wins of course and than runs a way. Hoping she notices that the door behind her is shut.

Then we go to the Netherlands.

A heavily snorted anabolic guy thinks here that he is God's representative on earth in real self-defense. He has learned (coppied) everything he knows a little bit from someone who has taught him everything with and for a lot of money. These guys really do the bomb, the real thing. at least? that's what they assume. All their situations are based on either being very humble and willing (they assume that their opponent is retarded just like themselves), or verbally shouting the word fuck so many times that the attacker runs away from misery and goes direct to mental therapy. They also run away after all situations. Also useful, run away. Running away in a tram, a taxi, an elevator, a closed space, your bedroom etc etc, and running away while forgetting your child or partner, or running away while performing a public function such as a police officer or a security guard.

Before fire-arms were invented, or before the quality of them got better, bladed weapons were the most important weapons of any fighter, any soldier and any army. Axes, spears, daggers, knives, swords and bladed pole wapons.
Powered by